Introduction to Tesla is a short article on Tesla with a lengthy report from declassified documents on some of his work.

The ASTROD is a Tesla-like spark gap contact device that uses a neon transformer, homemade capacitors and inductors, and an Allred plasma tube. I built one and use it often.

The Violet Ray is a handheld Tesla-like device that was popular in the early 1900s.

Tesla versus Edison is a short Tesla bio written by Thomas Samstad that he did for school with the topic of "People who have gone against the status quo" and discusses some of the animosity between the two inventors.

Tesla - The greatest hacker of all time. 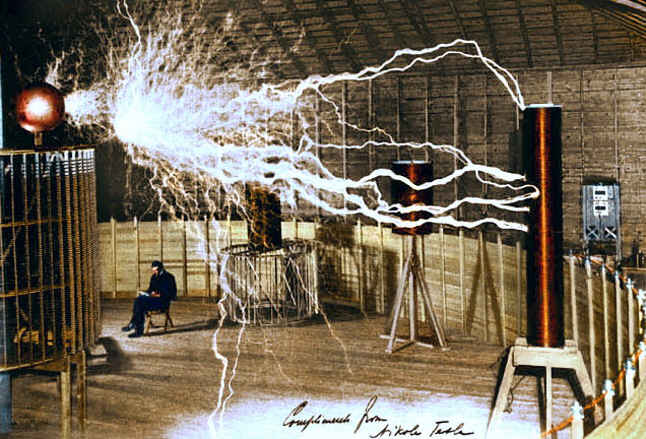