Summary: It is best to perform the Liver Flush after the Antiparasitic, Kidney Cleanse, and Liver Cleanse regimens have been done at least two weeks. The ingredients for the Flush are:

The Liver Cleanse with the recommended two supplements plus olive oil and apple juice may be as effective as the Liver Flush or more so. This is complementary to the Liver Flush since some are daunted by the prospect of following the regimen below. However, even the most intrepid who do use the flush never hesitate to do it again, and since the liver cleanse takes two weeks or more and considerably more resources, many people prefer a flush instead.

The Liver Flush is an involved, 24 hour regimen where epsom salts mixed in water are drunk to clean out the colon and prepare the liver, then a large amount of olive oil and fresh lemon (or fresh grapefruit) juice is drunk 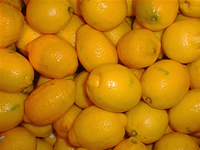 just before bed. Upon waking in the morning, more epsom salts are used to finish the process. A liver flush may be very useful for improving one's general health since a well-functioning liver is crucial to most other organs' continued health. Besides playing a central role in the body's immune system by metabolizing and dispensing toxins, the liver and gallbladder also provides bile and enzymes, which digest food.

The liver cleanse may be an effective remedy for digestion problems caused by poor liver and gallbladder function, as well as some food allergies and a host of other health problems, like skin diseases, obesity, and high serum cholesterol. The best thing about doing it is one feels great afterward. Energetic, trimmer, and usually even looking noticeably younger for a couple of weeks afterward. 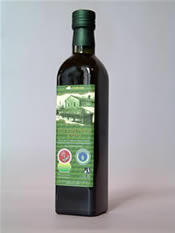 It is only performed after doing Kidney and Liver Cleanses and an Antiparasitic Regimen. If these steps are not performed first, the liver cleanse can be a traumatic (and unproductive) experience since the amount of refuse produced by the cleanse can tax the kidneys if they are not clean, and parasites can block the flow of bile, leading to painful pressure.

Even young, healthy people who perform the liver cleanse are amazed at the number of "stones" they pass. Usually many of split-pea and larger size are passed. If directions are followed exactly, the procedure is always painless, even for those well into their 80's, according to Clark, and that is based on over 500 of her cases. Although the procedure sounds daunting and distasteful, it is quite easy and those who perform it usually do not hesitate doing it again.

The flush will produce a multitude of what looks like balls of lard which contain crystals that are like salt. They are called "stones" but are really crystals encased in cholesterol, fat, and olive oil. Larger stones will also be encased in the substance and should not produce pain when passed through the bowel.

Clark instructs to do the liver cleanse every two to three weeks until 1000 to 3000 stones total are eliminated (yes, she says to estimate their count each time in the toilet after a bowel movement). She says this will cure allergies, high serum cholesterol, and other maladies like chronic upper back pain. 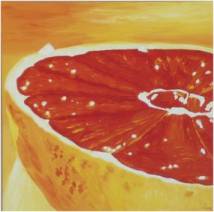 Here is her flush procedure, which I have slightly modified by specifying more olive oil and the use of lemon juice instead of grapefruit juice, since those who perform the procedure report removing many more stones doing so. Some recommend a cleansing regimen of yucca or aloe juice for a couple of weeks beforehand. I think doing the Liver Cleanse with the apple juice and olive oil for at least a couple of weeks beforehand is most beneficial. The Liver Cleanse done for a few weeks appears to be as effective as a Liver Flush, so if one is daunted by the flush procedure, the cleanse will probably work fine.

It is best to do the cleanse on a Saturday, where the next day will be free, since the epsom salts will cause loose stools. The worst part about this is not drinking the olive oil or lemon juice, but the doses of epsom salts since they are bitter. Decrease the amount of olive oil to 3/4 cup and lemon juice to 1/3 cup if ones weighs less than 150 pounds. Increase the amount of olive oil to 1.25 cups and lemon juice to 2/3 cup if one weighs above 225. 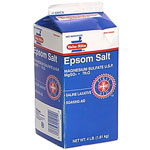 The ingredients for the cleanse are:

Fresh squeezed grapefruit juice may also be used if lemon juice cannot be consumed. Use 3/4 cup.

Ornithine is an amino acid that is widely available. In large quantities, it is useful as a sleeping aid. It is available at any good herb or vitamin shop. Do not attempt to do a cleanse without it, or it may be a wakeful night. There is no toxic amount. For olive oil, in this case only, light or light-tasting olive oil is fine. Extra virgin is hard to drink in this manner because it is richer. Add stevia to the lemon juice and olive oil to make more palatable if desired.

The day of the cleanse, eat no protein and especially no fat for lunch or breakfast. Do not eat anything after 2:00 pm. At 6:00 pm, drink 3/4 cup water with 1 tablespoon epsom salts stirred in. At 8:00 pm, repeat, another 3/4 cup water with 1 T epsom salts. Squeeze lemons enough to make 1/2 cup. Strain out pulp and seeds. Put in jar with olive oil and shake well. Refrigerate until used.

Visit bathroom as needed since the epsom salts will be working. At 10:00 pm, shake, then drink olive oil/lemon juice solution with 4 to 8 ornithine capsules, and immediately lie down with the head elevated on a pillow. Stay perfectly still on back for at least 20 minutes. Go to sleep on back if possible. If one normally has trouble falling asleep or weighs over 225, use the greater number of ornithine. If not, or one weighs less than 150, a lesser amount may be used.

When one awakes, take another dose of 1T epsom salt with 3/4 cup of water, but not before 6:00 am. Two hours later, take the last dose of epsom salts and water.

Estimate count of stones and crystals each time the bathroom is used after the olive oil solution is taken. Include small bits of "chaff", which is anything floating in the toilet.

By noon, start eating lightly again. Start with juice. Work up to fruit. By evening, one should feel fine and be eating normally.