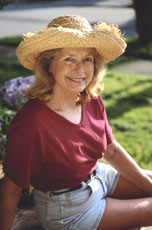 Use Enzymatic Therapy Doctor's Choice for Women 45+ or other good multivitamin. Ensure adequate essential fatty acid consumption in the diet or use an EFA supplement.

menopause symptoms like dong quai, ginger, and alfalfa, and is sufficient for almost all women. However, if symptoms are not completely gone within two weeks, add a phytoestrogen supplement like one of the following:

Enzymatic Therapy AM/PM Menopause Formula. Comes in two parts - one for the morning, which contains herbs which help energy levels including ginseng and green tea, along with black cohosh, and a PM formula which is used in the evening or before bed since it contains relaxing herbs such as hops, kava, and valerian, along with black cohosh. AM-PM is an excellent product. 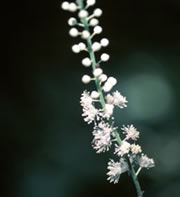 Phytoestrogen Complex is a maximum strength estrogen booster with potent amounts of wild yam, soybean, black cohosh, and don quai extracts. It can help if estrogen levels are severely compromised. The Doctor's Choice for 45+ Women should be tried first by itself to see if it is sufficient, but if a strong effect is desired initially or if it is found that the Doctor's Choice is insufficient to completely stop the symptoms, the Phytoestrogen Complex can be used.

Other popular menopause supplements that can be used in addition to the multivitamin include Doctor's Trust Menopause Specifics, Kyolic EstroLogic (available at discount stores like Target and Walmart, but like most Kyolic supplements, not a good value), or Source Naturals Hot Flash, available at health food stores and many places online.

Evening primrose, borage, and black currant oils are rich sources of GLA, an essential fatty acid that is often recommended for menopause symptoms. However, using a GLA supplement more than a month or two at a time can actually increase menopause symptoms!

An essential fatty acid supplement may be important to combat menopause symptoms, and is a good idea to use in any regard, especially when over 40. The best for menopause is probably Jarrow Omega Balance. It has a good balance of omega 3 to omega 6 oils. GLA supplements like evening primrose oil (EPO) are often recommended for menopause symptoms. EPO is usually initially very helpful in combatting symptoms. However, within a month or two, the EPO usually has an opposite effect if it is taken without sufficient omega 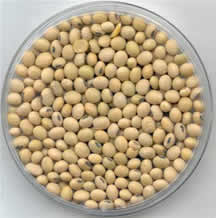 3 oils to balance it - it can actually increase menopause symptoms as well as have other harmful effects such as increasing inflammation and painful conditions! See Essential Fatty Acid Metabolism for more information.

Soy products are often recommended for boosting estrogen levels in menopausal women. It does do this, but the side effects from excessive consumption of soy often outweigh its benefits, even in this regard. Lowering thryoid output is a common side effect of soy, and this can increase menopause side effects. Inhibiting protein digestion is another, and protein deficiency can also cause menopause symptoms. While it may help with symptoms initially, like evening primrose or other GLA oil it may actually increase symptoms when used long term in amounts which are too large. See Problems with Soy for more information.