A definition of homeopathy is "a medical practice of treating a disease with very small doses of a substance that would, in larger amounts, produce symptoms similar to the disease being treated. These treatments are believed to stimulate the immune system." For example, a popular treatment for nausea is a preparation called nux

vomica, made from the strychnine tree, a substance that used in larger amounts would actually produce nausea (and death). Yes, that strychnine.

The method by which homeopathic preparations are made prevents direct toxic effects. In many cases, there is not a single molecule of the original substance used to prepare it in the final succussion (pronounced sus-sussion.) Dilutions are performed according to a procedure known as potentization. A typical way to do this is to put a small amount of a substance in an ounce of distilled water, for example, the pollen to which someone is allergic. The bottle is slapped against the palm of the hand or a leather shoe sole 50 times. Then, a dropperful of the mixture is drawn from the bottle and the rest of the bottle's contents is discarded, it is refilled with distilled water, then the dropper of mixture is added back in. This is the first succussion. Slap 50 times, remove a dropper, discard the contents of the bottle, refill, add back the dropper. This is the second succussion. This process is performed 12 to 30 or more times total (known as 12x to 30x potency). Oddly, the higher the potency, and thus the higher the dilution, the stronger the remedy is considered to be.

As of 2016, the FTC requires homeopathic remedies to be labeled to state that there is no scientific evidence that they work and that "they are based on theories from the 1700s that are not accepted by most modern medical experts." Although Electroherbalism has seen instances where they do appear to have some benefit when administered, there are always treatments with more effective active ingredients, so are not included in any electroherbalism regimens. It is still recommended to try this inexpensive treatment when made oneself for issues like allergies to grass or pollen. 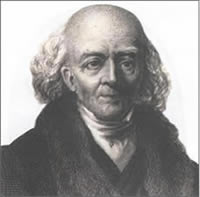 It is thought that this process imprints the "signature" or electrical frequency of the substance onto the water which is used. The remedy is put in the mouth under the tongue and held for a minute or more to administer. This is probably best done on an empty stomach and when no food has been eaten recently. Some homeopathic practitioners say not to use peppermint, coffee, eucalyptus, and a few other foods or supplements when practicing homeopathy, but lately there is debate with some claiming this does not decrease the effectiveness of the therapy.

The term homeopathy was used loosely in the 2000s to early 2010s but is rarer today. Some companies (and people) think that homeopathic means any natural supplement, and sometimes the term is erroneously used to describe vitamin, mineral, or herb supplements. This is not done as often as it was in the near past, so some of the advertisers have perhaps gotten a clue. It is humorous when companies claim that their product contains a beneficial vitamin, mineral, or herb and is homeopathic. This should mean it probably would not contain any of the active ingredient. Plus, according to homeopathic principles, the effect would be the opposite of taking the supplement! For example, using a homeopathic remedy of zinc could theoretically give one symptoms of zinc deficiency. 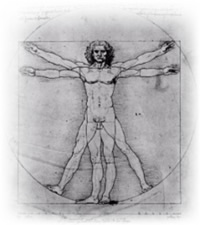 And then there are HGH (human growth hormone) products. HGH is used for anti-aging and disease-fighting purposes to boost hormone levels in the body. The only problem is the stuff is very expensive. Many companies advertise homeopathic preparations of HGH. In this case, though, they are not lying - they really are homeopathic preparations. They need only add a nanogram or some tiny, tiny amount of the stuff to water (and dilute that out), then sell it for $50 a bottle. The theoretical effect of this should be to accelerate the aging process.

There are respectable companies that offer homeopathic remedies, though. Newton's and Boiron are two of the most popular brands. Homeopathy is thought to be effective when the correct remedies are chosen, and this is typically done by using the remedy which best fits the symptoms one is experiencing. When the correct remedy is chosen, results are supposed to be immediate. A major benefit of true homeopathic remedies is that they can be used on the youngest babies, pregnant women, and infirm people.

An issue that no one discusses about the effectiveness of homeopathic remedies is that they are supposedly "subtle energy" treatments where the frequency of the ingredient(s) leaves an imprint on the substrate (typically water) and this confers the benefit when consumed. The problem with this is that in the last decades we have been surrounded by electric and magnetic fields which will also imprint and potentially "overwrite" the remedy. It is impossible to transport remedies in any modern vehicle or to store them in any modern structure without subjecting them to these fields so perhaps homeopathy was more effective in the 1700s when it was developed but less so in modern society.

If one needs "gentle" treatment for a condition due to frailty, it might be better to consider traditional Chinese medicine. There are made tea pills for almost every condition (Plum Flower is a reliable brand) and small amounts of active ingredients can be used to directly treat a condition.