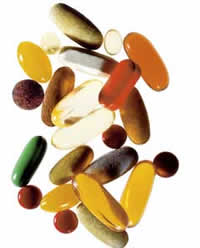 Summary: When taking tablet or capsule supplements, it is usually a good idea to take them with a meal that contains protein and oils, or a snack such as a few raw almonds and/or walnuts, and drink plenty of water immediately afterwards to increase absorption and ensure they do not "get stuck" in the throat.

Some supplements like IP-6 and amino acids like arginine are best taken on an empty stomach so only water should be used with them but for most supplements, eating some protein and/or oil with them will increase their absorption by stimulating the liver to produce acid. 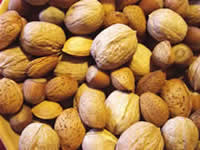 Some supplements can upset the stomach. The most common is zinc which can cause cramps, nausea, and light-headedness. Some people are not sensitive at all to zinc and can take 50mg or more without a problem but when a multivitamin causes stomach discomfort, zinc is usually the offending ingredient (sometimes it's iron.) That's why many people should look for supplements which contain a maximum of 100% RDA (15mg) of zinc, and preferably half that per dose so the entire 15mg need not be taken at one time.Some supplements, and not just multivitamins, contain large amounts of zinc - 50mg or higher. Read the labels and only get ones that do not include a large amount if sensitive. Most of the recommended multivitamins in the Multivitamin Section contain half the 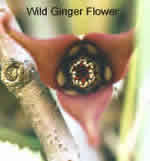 RDA or less of zinc per capsule or tablet (with the exception of Twinlab Daily Two, which contains 100% RDA per capsule) so 100% RDA never needs to be taken at one time.

Some supplements do not cause a problem except when taken in very large amounts. IP-6 is one example. Taken at the cancer dose of 8 capsules twice a day on an empty stomach it rarely causes problems, but if the daily dose is taken all at one time (16 capsules), it may cause discomfort. Arginine is another of this type. Although recommended by Life Extension in amounts up to 15g per day, taking over 5g, and often less, at one time can cause muscle and stomach cramping and tightness.

Since stomach discomfort is a major reason why people stop taking supplements which are of benefit, it is something to be strongly considered or remedied. If a supplement causes a problem, take less or find a different one which does not.

Some herbs can be taken with supplements to help prevent discomfort, or taken after if there arises a problem. A good one is ginger. Even a single capsule taken with many supplements can avoid some problems such as nausea, plus has the benefit of providing additional action since it appears to increase absorption of many nutrients, plus is antioxidant, antibacterial, and

a circulation stimulant to boot. But, even ginger can cause problems by causing acid indigestion when too much is taken.

Fennel seed powder capsules or tea will prevent and treat stomach upset plus acid indigestion. They also provide antioxidants and liver cleansing action and are antibacterial. They can be taken in as large a dose as necessary. Burdock is another herb which can treat stomach problems. It must usually be used in large amount for this purpose. Common kitchen herbs which treat stomach discomfort besides fennel seeds and ginger include caraway seeds, cardomon, dill, and others. See Favorite Herbs and The Kitchen Herbalist for more information.

Many herbs can cause stomach upset when taken in large amounts, and even some in smaller amounts. Yarrow flowers are a most excellent remedy for many infectious problems, even used in

small amounts. However, taking two capsules, a usual recommend dosage, can cause stomach cramps. Fo-ti, also known as he shou wu or polygonum multiflorum, is one of the most popular Chinese tonic herbs. Its high iron content causes stomach upset for people who are sensitive to it in as little as 250mg servings, half a normal capsule.

On the other hand, many people do not take adequate amounts of some herbs to have a curative effect. A good example is gout and bromelain. Bromelain (pineapple enzyme) provides reliable and quick relief when taken in sufficient amounts with water, with results sometimes in hours, when used at 8 capsules at a time. Using 2 capsules, as recommended on most product labels, has little immediate effect and results could take weeks instead of days or hours. It is a common error that even when someone reads a regimen which says to use a very large amount of supplement, they instead follow the directions on the label, even though there are 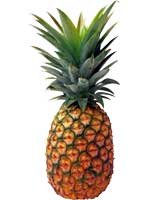 no side effects from the large amounts necessary to effectively combat the problem. Another thing about bromelain - note that the potency for enzyme products such as bromelain is very important. Bromelain potency is usually measured in GDUs - gelatin digesting units. Good bromelain products are 2000 to 2400 GDU potency. Cheap bromelain products as might be found at a drug store can be as little as 200 GDU, which means that instead of 8 to 10 capsules to get an immediate effect, 80 to 100 capsules would be required!

Another example is IBS / Crohn's. Even when recommended to use 6 to 10 fennel seed capsules at a time so the symptoms will disappear in an hour or two, some people, using too much caution, will use 2 at a time and be disappointed with the results.

Yet another example is vitamin C and flu or colds. Most people won't get the powder and use it at the recommended amount of 1 to 5 g (1000 - 5000mg) per hour which is required for severe cases. Some will only use a capsule or tablet three times per day, as recommended on the label, and again, be disappointed with the results.

Another aspect of nutritional or supplement regimens is that some people appear to have short memories. They will use a supplement, diet, or other therapy and completely alleviate symptoms of some disorder. You see them a couple of months after they started the regimen and they are completely healthy and symptom-free. As time goes on, they get less vigilant and relapse into their old bad diets and other habits. Since many if not most chronic problems reappear slowly, they do not see that they are relapsing. When the problem is a full-blown disorder once again they do not seem to realize that, just maybe, they should begin anew the regimen that solved their problem the last time. When you ask them why they did not, they respond, "Oh yeah, I forgot!" It is as if they wanted to relapse, that they missed their disease, that it was a defining characteristic, they were not complete without it. Maybe this is a type of mental disorder or a cry for attention. Maybe they were tired of taking charge of their own health. It's Your Health, Take Charge!