Most recommendations of the original "Solvents" article are now incorporated into other pages in the Toxin Reduction level, including Toxins in Supplements, Household Cleaners, Body Care, Food, and Home.

Solvents, Petroleum, and other Chemicals

Just a few years ago, many allopaths believed that chemicals used on the skin were not absorbed into the body. I suppose they believed this right up to the point that transdermal patches came on the market. Even now, it is common to find doctors who believe that even beneficial (natural) agents cannot cross membranes or through the skin.

Anyone who does not believe that people accumulate petroleum and other solvents in the organs needs only to do a liver solvent cleanse. There are those with clean livers who will not notice anything unusual, but many (typically those who have eaten low fat diets) will experience from two day's to two week's worth of expelling foul, tarry, petroleum-smelling feces and sometimes urine. Since the liver is a major organ of immune function and cleansing, compromising its function with petroleum may contribute to some illnesses.

Propylene glycol is found in a myriad of health care items and even some processed foods. It can be made of corn, but is cheaper made of petroleum, so it must always be considered suspect.

Isopropyl alcohol is an insidious poison and a primary cancer catalyst, according to Hulda Clark. She says to avoid any form of propyl alcohol, propanol, (and to be safe, any product with "prop" on the label - but this is overkill). These petroleum byproducts are sometimes included intentionally in food and are listed on the label, as in Baker's Coconut and even children's toothpaste.

Propyl alcohols are easy to avoid if is listed on the label. When one is used to clean equipment and pollutes the food being processed, it is not listed on the label. It is, of course, also used as a topical antiseptic quite often even though its use is regulated by OSHA in the workplace and it is known to cause kidney and liver damage. It is almost criminal to rub it on those who are seriously ill, as with cancer, who can ill afford any deterioration of kidney and liver function (much less the Clark-claimed cancer catalyst effect). Vodka or higher potency grain alcohol can be used instead.

Isopropyl alcohol is also used to extract agents used in supplements. It is ironic that supplements that are meant to improve health can be knowingly polluted with such a poison. One supplement manufacturer of a mineral arthritis formula brags that the product contains less than 0.0000003% isopropanol. I wrote and mentioned that this still allows billions of poisonous molecules to be included in each tablet and asked why didn't they just extract with safe alcohol. Even though this is more expensive and less efficient, they could advertise that the product was extracted without toxic solvents and probably make more sales, even if they were slightly more expensive. They never wrote back.

I once purchased a bottle of Now Bromelain tablets. It was by far the cheapest bromelain for the price and very high potency compared to most. However, when I opened the bottle it smelled just like I had opened a bottle of isopropyl alcohol. It was obviously used to either extract the bromelain or sprayed on the tablets after manufacturing. Given the strong smell, I would assume that there was more than 0.5% included, and this should have been listed as an ingredient, but of course was not. I have encountered a number of products, usually tabletized 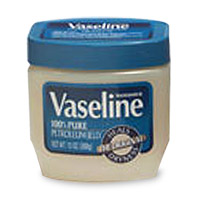 mineral supplements, that have this smell. However, some non-tableted Now products (magnesium oxide, some single B vitamins, and single herb non-extract products) are pure enough to be recommended by Hulda Clark.

Most non-extract herb supplements are fine, but beware of combinations, which often include extracts. Although there may not be enough isopropanol to smell, it may still be in there. I have purchased an antioxidant combination product at a department store which featured Activin process grape seed extract. However, it also included selenium and green tea extract. It had a bit of an off smell, and could have included isopropanol since none of the ingredients besides the grape seed were advertised as Activin process.

After the bromelain discovery, I started smelling many other supplements. The smell is, of course, strongest when the bottle is first opened. Another supplement I recently whiffed was Life Extension's spectrum multivitamin and mineral supplement which includes a large amount of extracted herbs. It also had a strong smell which appeared to be isopropanol. The capsule version of this products does not smell, so it must be sprayed on the tablets, as is usually the case.