Many mundane and serious illnesses may be caused or aggravated by the body absorbing too many toxic products from food, health care items, and the home environment. Hulda Clark details ways to avoid these toxins strictly. See one of her books like "The Cure for all Diseases" (or her web page) for more information.

The problem is, most people won't follow her sometimes onerous methods of toxin control. Those with illness would do well to follow it, though. The more serious the illness, the more I would follow her strict advice on how to avoid toxins. For most, the practices in this section are a good way to greatly reduce one's exposure without causing such an undue burden that most people will not follow them. 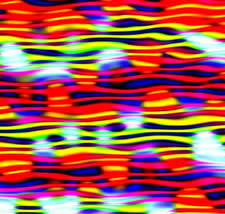 One reason that avoiding toxins is important is that every time one is ingested or absorbed into the body, it is "handled" by the immune system. One does not have an unlimited number of immune cells in the body, and if they are too busy cleaning up something like solvents, metals, or molds, there are that many less to protect the body against illness-causing invaders like viruses, bacteria, and parasites, as well as less potential to form the larger immune cells which destroy and digest cancerous cells.

Another reason that avoiding toxins is important is because each one that is consumed or absorbed and cannot be metabolized will be excreted by the lungs, kidney, liver, or skin if possible. The skin is generally the last choice of the body for eliminating poisons that cannot be metabolized or otherwise broken down by healthy people. It uses the skin for excretion of harmful substances when the liver can no longer detoxify them due to stones, crystals, or fat blocking bile ducts or solvent and toxin accumulation impeding its function. This leads to dermal reactions when they irritate the skin. Or, even worse, the toxins are not expelled and accumulate in the liver or other organs.

Some will be surprised at Clark's assertion that little harm is caused by outdoor environmental sources except in extremely polluted places like large cities where just inhaling the air is hazardous. For example, she says typical exposure to benzene in the air from unleaded gasoline is not measurable, unlike the benzene which comes in many processed foods that have added natural flavors or health care products in which benzene is used to extract essential oils, essences, etc. The benzene is then mostly evaporated, but measurable amounts are not. She states time after time that their use promotes serious disease. She find many "health" brands of toothpaste and skin care products among the worst polluted with benzene (since they are generally the highest content of natural essences).

Clark does find that persistent pesticides like arsenic, found in rat and ant poisons, are very harmful even if they are in traps in secluded areas of the home, and says it is imperative that all be removed and less toxic ways be used to control pests.

Although many of the solvents which Clark investigates are regarded as cumulative poisons, she finds that the body usually will rid itself in a few days of the toxin if daily ingestion or absorption is ceased.

For many cleaning and health care products, I have found ways to reduce the toxin load a great deal while still retaining most of the benefits of the polluted product.